The Relation Between Periodontal Disease and Vitamin D 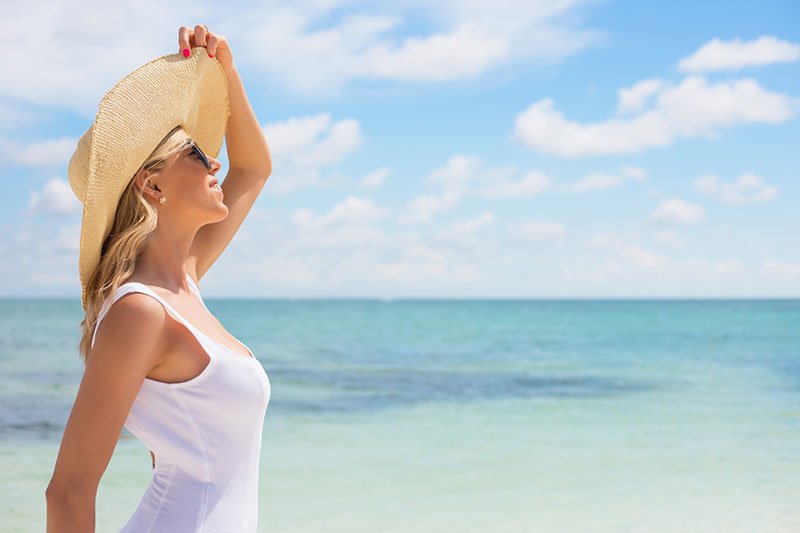 The Relation Between Periodontal Disease and Vitamin D

Background: There is conflicting evidence regarding the association between vitamin D and periodontal disease. The purpose of this study was to explore that relation.

Chronic periodontitis is an inflammatory condition of the periodontium initiated by microbial biofilms that form on the teeth.1Bacterial products, as well as the host’s immune response to these products, result in destruction of the tissues that support the teeth, including alveolar bone. Because of this tissue destruction, chronic periodontitis is a major cause of tooth loss in adults.2,3 Prevention of this disease is important because tooth loss can affect one’s nutritional status4 and quality of life.5 Chronic periodontitis has also been associated with systemic conditions, such as cardiovascular disease6 and type II diabetes mellitus.7

Vitamin D is a fat-soluble vitamin obtained from exposure to sunlight, diet and nutritional supplements.8 Vitamin D is metabolized in the liver to 25-hydroxyvitamin D (25(OH)D) and then metabolized in the kidneys to its active form, 1,25-dihydroxyvitamin D (1,25-(OH)2D).8 As the major circulating metabolite in the blood, 25(OH)D is used to determine a patient’s vitamin D status.8 Although there is no consensus on optimal levels of 25(OH)D, most experts define < 50 nmol/L (20 ng/mL) as vitamin D insufficiency.8 Recent evidence suggests that 25(OH)D levels may need to be as high as 75 nmol/L (30 ng/mL) to achieve optimal vitamin D status.8

Vitamin D is involved in regulating calcium absorption from the intestines, maintaining plasma calcium concentration and bone mineralization.9 Studies have found significant positive associations between 25(OH)D levels and bone mineral density10 as well as between vitamin D supplementation and a lower risk of fractures.11

More recent evidence indicates that vitamin D also has a regulatory effect on the immune response, stimulating immune response at times, while inhibiting it at others. One study12 demonstrated that increased production of the antibacterial proteins cathelicidin and beta-defensins followed exposure to antigens. The authors concluded that the ability to produce active vitamin D improved bactericidal activity. There are many examples of vitamin D’s ability to inhibit the immune response. In vitro studies have shown that 1,25-(OH)2D inhibits the proliferation, maturation and differentiation of dendritic cells from monocytes.13 The active form of vitamin D also inhibits the production of inflammatory cytokines in monocytes.13 Some studies have also reported that 1,25-(OH)2D has the ability to suppress the proliferation and cytokine production of T-lymphocytes.13

Data were obtained from people 6–79 years of age participating in cycle 1 of the CHMS. Cycle 1, which was undertaken from 2007 to 2009, was a national, cross-sectional survey, conducted by Statistics Canada, of a representative sample of 97% of the Canadian population in all provinces and territories.21 Data collection involved physical measurements and interviews (household questionnaire) completed by 5604 participants.21 All participants provided informed consent. The CHMS excluded full-time members of the Canadian Forces and residents of First Nations reserves, Crown land, certain remote regions of Canada and institutions.

Statistics Canada used a probability sampling approach, incorporating aspects of stratification and cluster sampling. From a possible 257 identified sites, 15 were selected and stratified by region. For the purposes of this investigation, we restricted the analysis to those 13–79 years of age for GI and 20–79 years of age for LOA.

Dental examinations were completed by 14 Canadian Forces dentists calibrated to World Health Organization (WHO) standards (Cohen’s Kappa ≥ 0.6). GI on the buccal, lingual, mesial and distal surfaces of each of 6 indicator teeth (16, 12, 24, 36, 32 and 44) was recorded. GI was scored using Löe’s gingival index, the highest GI score for each participant was used and the data were dichotomized into “no or mild inflammation” (groups 0 and 1 combined) and “moderate to severe inflammation” (groups 2 and 3 combined).

The Williams probe was used to measure LOA, which was defined as the distance from the cemento-enamel junction to the bottom of the periodontal pocket, at 6 sites on each of the WHO’s indicator teeth that were present (17, 16, 11, 26, 27, 37, 36, 31, 46 and 47). Examiners recorded the highest LOA measurement for each sextant. The highest score for LOA for each participant was used and then LOA was grouped into 3 categories: slight (≤ 3 mm), moderate (4–5 mm) and severe (> 5 mm).

Using Green and Vermillion’s simplified oral hygiene index, examiners recorded plaque on the labial surfaces of maxillary teeth and mandibular incisors and the lingual surfaces of mandibular molars on the same indicator teeth used for LOA, recording the highest score for each sextant; a mean plaque score was calculated for each participant.

Data on Other Covariates

To account for other confounding factors affecting GI and LOA, additional independent variables were considered. Smoking was included using the household questionnaire. Respondents were classified as “never smokers” (smoked < 100 cigarettes during lifetime), “former smokers” (smoked ≥ 100 cigarettes during lifetime, but not currently smoking) and “current smokers” (smoked ≥ 100 cigarettes in lifetime and currently smoking). For the analysis, current smokers and former smokers were combined and compared with never smokers. Smoking was also analyzed using pack-years. This statistic was calculated by taking the number of cigarettes smoked each day times the number of years smoked divided by 20; this statistic has been found to correlate with LOA.22

Diabetic status was determined based on the self-reported household questionnaire. Diabetes status has been shown to correlate with gingival inflammation23 as well as with extent and severity of periodontal disease.24-26 An analysis of percentage of glycosylated hemoglobin (HbA1c) was also performed. HbA1c is a measure of long-term diabetic control and values indicative of poor diabetic control have been previously correlated with prevalence, severity and extent of periodontitis.26,27 Values ≤ 7.0% were considered to be good control, whereas values > 7.0% were considered to be moderate to poor control.

Annual household income was explored and categorized as < $20 000, $20 000–60 000 or > $60 000. Other covariates considered included daily vitamin D and multivitamin supplement use, annual dental professional visit (yearly or not), tooth-brushing frequency (twice a day or not), flossing frequency, age and sex.

Data were accessed and analyzed at the Research Data Centre (RDC) at the University of Manitoba using SPSS 20 (IBM, Armonk, NY), SAS 9.2 (SAS, Cary, NC), and Stata 13 MP (StataCorp LP, College Station, Tex.). As per RDC restrictions, original sample sizes were suppressed. Bootstrap weights for variance estimation and weighted results are presented with degrees of freedom fixed to 11. Descriptive statistics include means and frequencies with 95% confidence intervals (CI). χ2 tests were used to determine the unadjusted correlation of each categorical independent variable with GI and LOA. Student t tests were used to determine the unadjusted correlation of each continuous independent variable with GI and LOA. Three multiple logistic regression models for GI and for LOA were developed to determine the adjusted association between 25(OH)D levels and GI and LOA, controlling for potential confounders. Model A used 25(OH)D concentration of < 50 nmol/L, model B used 25(OH)D concentration < 75 nmol/L, and model C used mean 25(OH)D concentration. Variables with a p value of ≤ 0.075 were included in the multiple logistic regression analysis for GI and LOA, with the exception of plasma vitamin D concentration and known risk factors for periodontal disease, such as smoking. A p value ≤ 0.05 was significant.

After multiple logistic regression analysis, few variables were found to be significantly and independently associated with more severe LOA (Table 4). However, 25(OH)D concentrations < 75 nmol/L were found to be statistically significant (p = 0.05); levels below this threshold were associated with an increased relative risk ratio (RRR 2.09) of severe versus slight LOA. Age and smoking were also found to be significant, with increased age and former or current smoking status increasing the relative risk of moderate versus slight LOA.

One must exercise caution in interpreting this latter finding, as it may or may not represent a true association. Because 25(OH)D levels were a key independent variable of interest, they were included in the various logistic regression models for LOA even though they were not associated with LOA at the bivariate level. Furthermore, it was not possible to perform backward elimination in the multiple regression analysis using the available software while using a bootstrapping command. The fact that stronger associations between 25(OH)D levels and GI or LOA were not observed may seem counter-intuitive based on vitamin D’s roles in bone homeostasis and immune system regulation. However, currently there is conflicting evidence in the literature regarding the relation between vitamin D and periodontal disease.

Millen et al.19 also published the largest and longest longitudinal study to date analyzing the relation between vitamin D and periodontal disease. Their 5-year cohort study of 655 postmenopausal women measured 25(OH)D concentrations at baseline and follow up as well as multiple periodontal parameters. This study found no significant associations between baseline 25(OH)D concentrations and change in periodontal disease measures after 5 years. Antonoglou et al.20 also reported no significant association between 25(OH)D and selected indicators of periodontal disease among 1262 Finnish participants in their cross-sectional study.

Limitations of the present study include the cross-sectional design as well as how the markers of periodontal disease were defined in the CHMS. The cross-sectional design does not permit the determination of causality or the determination of 25(OH)D levels at the time when attachment loss occurred. Measurements for GI and LOA were performed on 6 and 10 indicator teeth. Furthermore, the worst score for each participant was then used to categorize participants into 1 of the categories for GI or LOA resulting in greater potential to overestimate or underestimate the severity and extent of periodontal disease than if full-mouth probing had been used. The use of GI may increase the subjectivity in this assessment compared with an assessment of bleeding on probing. However, data on bleeding on probing were not available. This subjectivity could lead to the overestimation or underestimation of periodontal disease. An additional limitation is that fact that our samples included participants spanning considerable age ranges: 13–79 years for GI and 20–79 years for LOA. Youth and younger adults are likely to have better oral health than older adults, which may have affected our analysis of selected periodontal outcome measures. The possibility that unaccounted residual confounding variables is another limitation of this study.

Strengths of this study include the large size and representative nature of the sample under investigation and the examiner calibration. Another advantage is the availability of actual 25(OH)D levels, which is the recognized gold standard in determining a person’s overall vitamin D status, instead of relying on dietary intake estimates.

Although cross-sectional studies14,15,17 have provided strong evidence supporting a relation between vitamin D status and periodontal disease, the largest and longest longitudinal study19 as well as a recent cross-sectional study20 failed to find an association between these two entities. The results of our study, performed on a representative sample of Canadian adults, provide modest evidence supporting a relation between low 25(OH)D concentrations and periodontal disease as measured by GI and LOA. Prospective studies with longer follow up are likely required to fully elucidate what effect, if any, vitamin D levels have on the progression of periodontal disease.